A brief conversation with our CIO, Blake Street, CFA, CFP®, on what’s going on in the world today.

We constantly want to deliver more content to our clients and followers on current events, and how we are viewing them from an investment or planning angle.

“Word on the Street” will be a series where I sit down with our Chief Investment Officer, Blake Street, CFA, CFP® to pick his brain on what’s going on in the news and what that means for you.

Here is the conversation I had with him on Friday, October 5th discussing the last couple weeks. Enjoy.

Alright, Blake. Let’s start with the new US trade deal that people are calling NAFTA 2.0. What’s your take and how will this new deal impact investors?

B.S.: NAFTA 2.0 or more accurately titled the U.S. Mexico Canada Agreement (USMCA) in my opinion is largely underwhelming. At its core, it should bring some manufacturing jobs back to the U.S. from Mexico, but I also expect this to result in increased cost to the end consumer. Considering the United States spends $500 billion a year on autos, cost increases will be noticed.

The reason I’m underwhelmed is the negotiation process wasn’t without collateral damage in trade relations and the ultimate outcomes are incremental at best. Essentially, Canada and Mexico agreed that 75% of parts for cars built for export would be made in North America. This is up from the original agreement of 62.5% under NAFTA. They also agreed that 45% of cars would be built by workers making more than $16 an hour by 2023, this was ultimately targeted at Mexico and should result in rising costs for domestic and imported production. Mexico also agreed to improve labor conditions but enforcement remains vague.

Canada agreed to increase import quotas for U.S. dairy into their market. I’ve seen estimates that this could result in $50-$100 million in activity for American dairy farmers. Not sure this moves the needle, especially in the face of what appears to be a $100-$400 million decline in Chinese imports of American dairy in the coming years.

Additionally, USMCA hasn’t officially been ratified yet. It has only been approved for a vote. If the midterm elections put more Democrats in Congress, then they have the opportunity to deny President Trump the victory of its passing.

We are entering the last quarter of the first year operating under tax reform. Do you think that it has been good or bad for investors?

B.S.: It’s hard to argue that is has been anything but great for investors. Three straight quarters of near-record earnings and US markets are oscillating around record highs. Taxpayers have yet to officially file under the new tax reform, so they have yet to even feel the full benefits.

Is there anything people might be surprised about as they go to file?

B.S.: The biggest surprise to most will be the balance between an enhanced and expanded standard deduction, lower marginal rates, and aggressively capped state and local tax deductions. In addition, I expect the 20% pass-through deduction to surprise a lot of folks who don’t know how it works, in both a good and bad way.

How do you feel about Elon Musk and the SEC?

B.S.: He got off way too easy. He should have been stripped of his role as director and CEO in addition to losing his chairman position. His $20 million personal and $20 million corporate fines are a drop in the bucket compared to the market cap of Tesla and the potential money that was lost or made based on his manipulative behavior.

Leaking a takeover bid or the idea of taking a company private should force a stock price to the assumed target price. Any rational CEO would know this ahead of time. He coerced unknowing investors to buy into Tesla based on this information and blew out short positions which seemed to be his intention.

The amount of talk around marijuana stock is at a high again. How should investors approach it, if at all?

B.S.: Personally, it is not a sector I am interested in investing in for myself or for clients as it is still illegal at the federal level. Recent buzz escalated when Tilray, a Canadian pot producer, got approval for a clinical trial to use marijuana in pill form to treat seizures. They had about 10 million in sales last year, and the market cap soared to 15 billion, which is, frankly, absurd. A good piece of that market cap has been given back.

Should it ever become legal at the federal level, I expect a massive influx from titans of industry in alcohol, tobacco, and pharmaceuticals. Production will drive down cost quickly. If we were to invest, we would focus more on the picks and shovels, distribution, and manufacturing perspective. A diversified approach will likely pay as picking the winners of such a rapidly developing space may prove to be very difficult.

What do you find most interesting in the market right now?

B.S.: They started the year at low relative valuations even after a monster 2017. As of the end of September, they were at a 20% drawdown from the year’s high. I continue to believe they will be the best place to be over the next 5-10 years for fundamental and demographic reasons. Dollar strength has caused a lot of pain in emerging market currency denominated holdings and the sell-off in emerging market stocks has reached seemingly oversold levels. The pain might not be fully over yet, so a disciplined approach to buying into recent weakness is needed.

The 10 year Treasury closed Friday at 3.23. What are some of your thoughts as rates rise?

B.S.: I believe we’re now 8 Fed Rate hikes in. The consensus seems to be that we are due for 3-4 more. It seems that the market is not fighting back and pushing yields down. It will continue to pay to be nimble, keep durations short, and invest in fixed income asset classes with lower rate sensitivity and look for opportunities abroad.

Do you see any opportunities or concerns with rates increasing?

Concerns: If inflation and yields continue to rise, investors who are accustomed to long-term, stable outcomes will be surprised to find out how volatile bonds can be in a rising rate environment. Going back to 1976, bonds on average have only had 3 negative years. Count 2018 as the fourth. Would a fifth materially change investors perspectives on what bonds mean to portfolios? Or will investors continue to understand bonds importance in a well-diversified portfolio? This creates opportunity and concern.

B.S.: Loss aversion is one of the most basic human tendencies I can think of. In a year where virtually every asset class other than US stocks is in the red, I can see a lot of potentially bad behavior starting to fester. It is important now more than ever that you don’t chase the hot dot. Stick to your plan, stick to your process, even if that means deferring to your advisor. 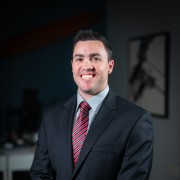