Finally! A month of positive returns for the global financial markets.

Uncertainty eased a bit in November as midterm elections were completed with no big surprises, talks of trade wars continued without significant escalation, and Fed Chairman Jerome Powell indicated interest rates were nearing a neutral point. What a relief! Not that the month was pretty, it was far from it, but at least we ended up higher than where we started.

Of course, there are still things to worry about. According to the World Bank¹, energy-related commodities dropped 15.4% in November as OPEC and other oil-producing countries failed to limit supply. European banks and automakers continued to struggle amid news of the German financial giant Deutsche Bank being accused of money laundering. Here in the U.S., General Electric is battling CEO drama, debt issues, and anemic revenues. General Motors announced plans to close some of their factories. These events are certainly worth keeping an eye on but aren’t likely to kick the feet out from under global economies.

So if the economy is doing OK, why is the stock market so jittery?

When all is said and done, stock prices should reflect expectations of future profits. According to a recent article published by FactSet², the most commonly reported factor negatively impacting corporate earnings in the 4th quarter wasn’t trade tariffs or rising interest rates like we’ve heard from market commentators, but rather the strength of the U.S. dollar. The next most mentioned factor was the rising costs of raw materials and labor. Despite these headwinds, corporate profits have been strong. 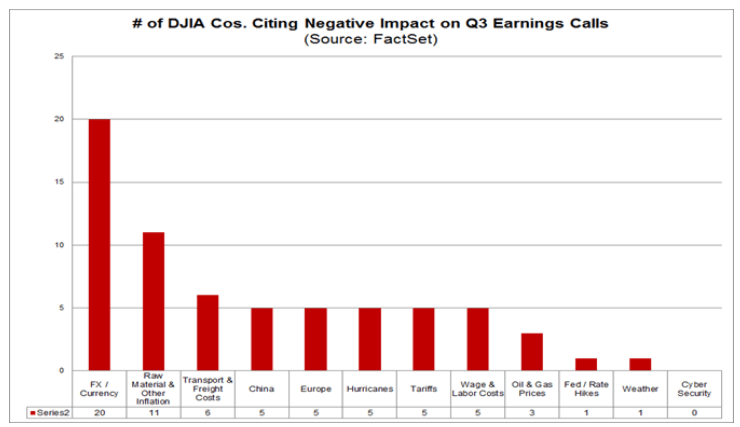 We also were told earlier in the year that the markets were ‘fully valued’ or ‘expensive’ relative to historical norms. One positive outcome of the market corrections in October, November, and early December is that stock prices are now well within the normal range for fair value. 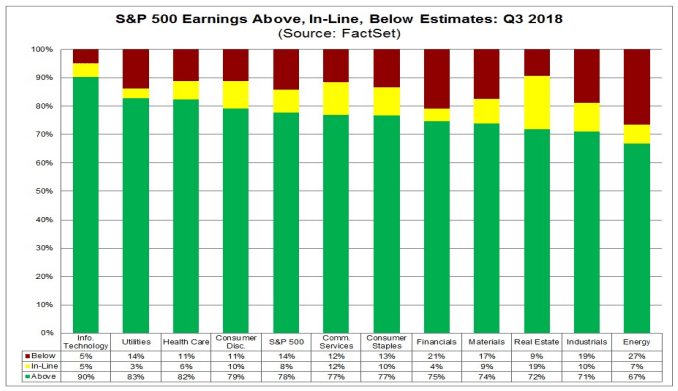 All this data means that U.S. corporations are doing fine. We recognize that many companies are forecasting slower growth in 2019 but slower growth from a robust pace doesn’t mean the economy is falling off a cliff. In fact, the U.S. has never had a recession when corporate profits are growing⁴. What we’re seeing in the market is a disconnect between reality and expectations, with wary investors sitting on the sidelines instead of jumping in to ‘buy the dip’. The volatility in the U.S. stock market is not due to deteriorating fundamentals, but rather to investors not rewarding positive surprises as much as usual (fewer buyers), and punishing negative surprises more than usual (more sellers.) 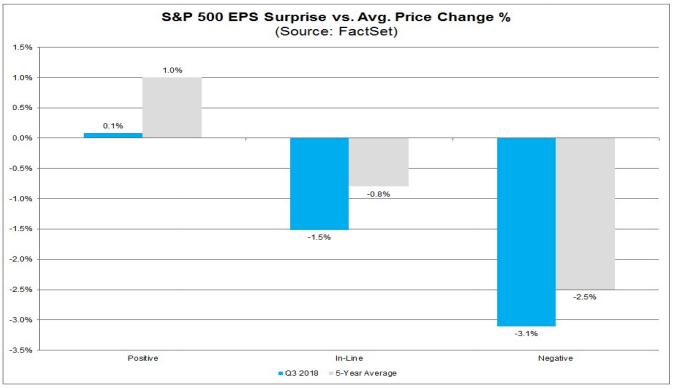 OK, maybe the stock market is overreacting. But what’s this we hear about the ‘inverted yield curve’ forecasting that a recession is imminent?

A ‘yield curve’ is a graphical depiction of market-based yield-to-maturity for bonds with different maturity dates. The curve is usually upwardly sloping, meaning that lenders and investors require higher returns the longer they have to wait to get their money back. Over the past year, the difference between the 10-year and 2-year Treasury yields has been getting smaller and smaller, causing the yield curve to ‘flatten’. If short-term bond yields become higher than longer-term yields – an ‘inverted’ yield curve – investors interpret this as a signal of a coming recession. 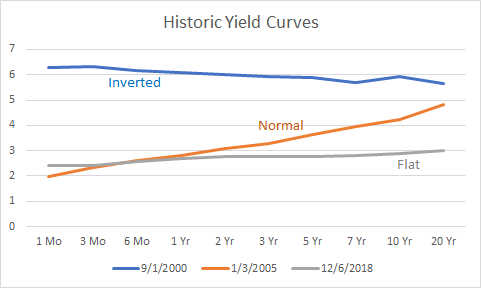 Let’s start by refreshing our memory on the definition of a recession:

By definition then, corporate profits have to slow substantially for GDP growth to become negative. Right now employment is strong, wages are growing, and corporate profits are solid. As long as people have jobs, they tend to buy stuff. As long as people buy stuff, corporations will be profitable. If corporations are profitable, GDP growth should remain positive. Given everything we see in regard to the current macroeconomic environment, the investment team at Warren Street Wealth Advisors expects slow and steady growth to continue at least through summer of 2019, and probably longer. As long we can dodge potential catastrophes caused by weather, wars, or geopolitical events, there’s no reason for the U.S. economy to fall into a recession.

So if the economy isn’t going to stall, what’s with the inverted yield curve?

There’s nothing mysterious about why short-term rates are going up – the Fed is pushing short-term interest rates back to ‘normal’ levels. The question then revolves around why long-term rates aren’t going up as much.

Long-term Treasury rates aren’t set by the Fed, but by the willingness of investors and businesses to borrow and lend. This willingness is driven by 1) economic growth, 2) inflation expectations, and 3) risk appetites.

What kind of risk am I talking about? Market risk.

With the wide swings in the stock market in recent months, we’ve seen a ‘flight to quality’ away from stocks and toward the safety of Uncle Sam. More demand for Treasury bonds leads to higher prices, and when bond prices rise, yields fall. With short-term rates moving up due to Fed actions and long-term rates staying low due to market forces, the yield curve flattens. It isn’t recessionary, it’s just simple supply and demand. In fact, if you look at corporate bond yields instead of Treasuries, longer-term yields have indeed been rising as the Fed increases short-term rates.

There’s really only one conclusion to draw from the available evidence. The U.S. economy isn’t going into a recession, it’s just taking a bit of a breather.

While the markets adjust to this new reality, investors are getting tired of enduring the huge swings in stock prices. When investors stay on the sidelines and stop ‘buying the dips’, stock prices have trouble finding a floor. Hence the tendency for the market to fall by hundreds of points on news headlines, whether the information impacts long-term profits or not. What should we do now? The investment team at Warren Street Wealth Advisors is buckling our seatbelts and holding on tight as we speed toward a turbulent year-end close. We’re confident that the fundamental strength of U.S. and global economies will win out eventually, but it may take another few months for the markets to reward our patience.

In the meantime, we’re here for you! Call or stop by any time to share your questions, concerns, or suggestions.

Which of the following yields curves is best characterized as ‘inverted’? (Focus on the upper line on each chart) 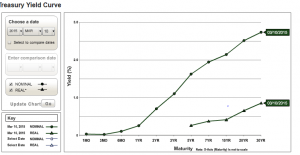 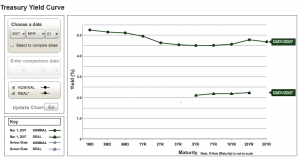 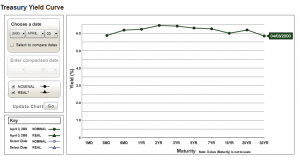 Why does the market hate October?! (or is it the other way around?) 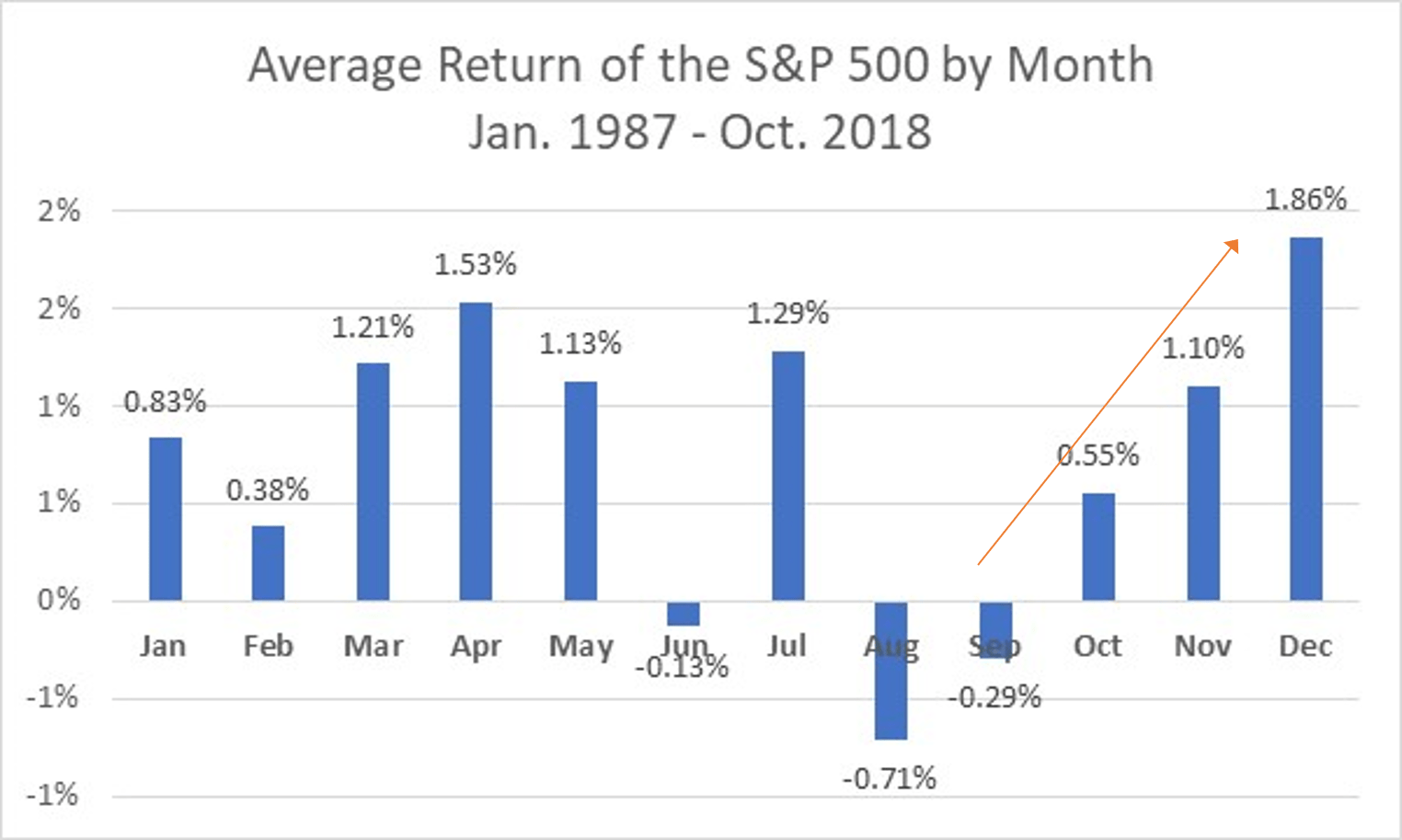 Some of the worst days in the stock market actually happened in September: the 9/11 attacks and 2008 financial meltdown, for example. More often than not October has been a transition month, representing a buying opportunity for long-term investors able to endure some turbulence in exchange for future profits.

But more on that later…

Here’s the question for this past October: If the economic data was strong, why was the stock market so bad? 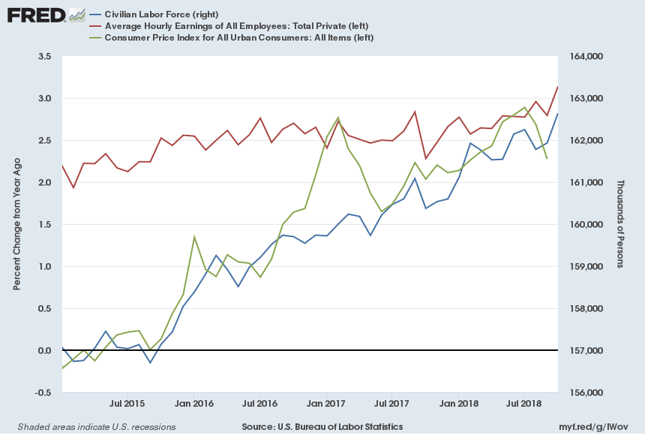 Market commentators have plenty of possible answers for why global stock markets dropped off a cliff in October: escalating talk of trade wars, possibility that central banks will increase interest rates too high and stall the global economic recovery, uncertainty about the outcome of the U.S. midterm elections, high stock valuations, political disruptions in Europe, and others.

While all these are legitimate concerns, none of them were new to October. Why did investors react so strongly?

To better understand the U.S. market landscape, let’s take a minute to review where we’ve been so we have more perspective on where we might be going.

So yes, there are things to worry about, but on balance, the worries don’t seem to warrant the precipitous drop in stock prices. Our best guess why October was so painful? The cause most likely lies with investor behavior, not fundamentals…

No matter what the reason for October’s fall, what really matters are the decisions we make now that the market has stabilized. Is it time to sell before the next shoe falls? Or buy and ride the rebound…assuming there is a rebound?

Each investor has to decide for themselves how much risk they can handle in pursuit of returns, but at Warren Street Wealth we’re holding on tight and buying into the weakness.

As outlined in a recent article in the Wall Street Journal¹:

All that being said, nobody likes to see negative numbers, investment professionals least of all.

As one of our clients told me the other day, “No matter the explanation, down is bad. The only thing that helps is up.” Our job at Warren Street Wealth Advisors is to honestly evaluate our investment decisions, make course corrections when needed, and hold the line otherwise. It’s been a rough market in the U.S. and even worse internationally, but the value is clearly there. We’re staying the course and watching for opportunities to buy into markets that have been beaten down unnecessarily. We don’t know how long it will take for these cheaper sectors to recover, but we want to be there when it happens. We hope you’ll be there with us. If you had an additional $1,000 to invest and knew what the future monthly returns would be, when should you buy more stocks to maximize your dollar-weighted return?

A. March and April   B. May and July  C. August and September  D. December