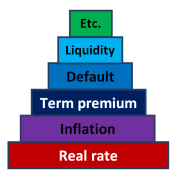 Our topic today is interest rates, inflation, and monetary policy. The question we will attempt to answer is: When are interest rates in the United States finally going to rise?

If you’re like most bond investors, you’ve been expecting interest rates to rise for over 2 years now. As a prudent investor, you’ve been holding the duration, or interest rate risk, of your portfolios shorter than usual to protect against falling prices when rates rise. Unfortunately, the result of your prudent behavior has been to underperform standard indexes such as the Barclays U.S. Aggregate Bond index. And if your portfolio is focused primarily on safe assets such as U.S. Treasuries, all but the longest maturity funds struggled to provide a return even modestly better than inflation. 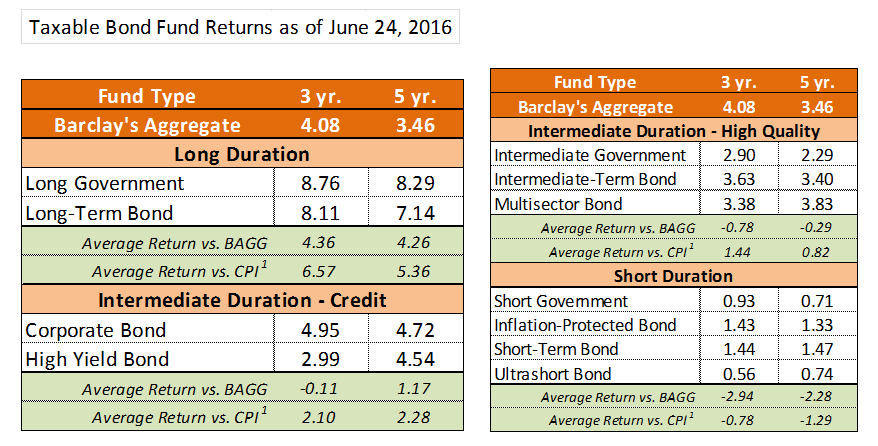 While short-term rates have indeed risen with the Federal Reserve rate hike in December 2015, interest rates for Treasuries maturing in 10 years and beyond have actually fallen by an average of more than -0.50% over the past 3 years. Granted, this article was written the day after the British referendum to exit the European Union, which caused global stock markets to tumble and U.S. Treasury yields to fall. If we measure the change in yields as of June 23, 2016 when most experts expected the British to vote to remain in the E.U., long term interest rates have still fallen an average of -0.37% since January 2013. 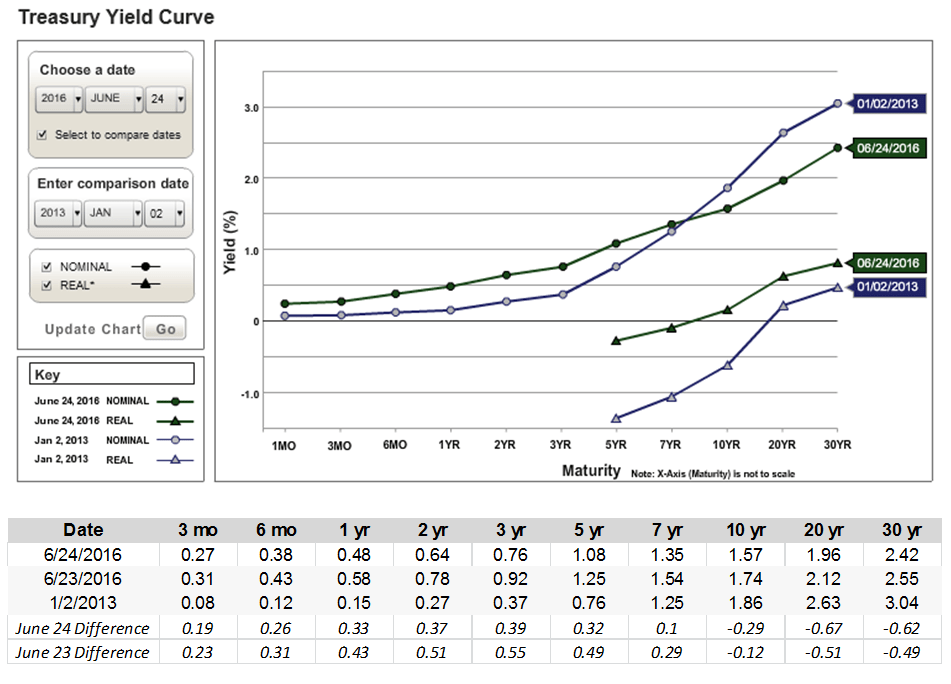 In contrast to the lack of upward movement in nominal interest rates, real yields – nominal yields adjusted for inflation – have risen across all maturities in recent years, albeit from an extremely low starting point. As of January 2, 2013 real yields for 5-year Treasury bonds were nearly -1.50%, whereas by June 24, 2016 5-year real yields are only negative -0.50%. And if you were willing to invest for 20 or 30 years, you could earn the princely sum of approximately +0.35% to +0.75% real yield as of January 2013 and June 2016, respectively.

If we take a longer term perspective and look back 10 years, we observe an enviable real rate of approximately 2.5% across maturities from 5 years to 30 years! At today’s paltry real yields of less than 1%, it seems unsustainable to invest hard-earned funds for 5 years or more and barely keep up with inflation. Surely interest rates must return to more normal levels eventually.

But when will that long-awaited time finally arrive?

To gain some insight into the drivers of interest rates, let’s take a moment to review the building blocks using what I like to call my ‘interest rate birthday cake’. 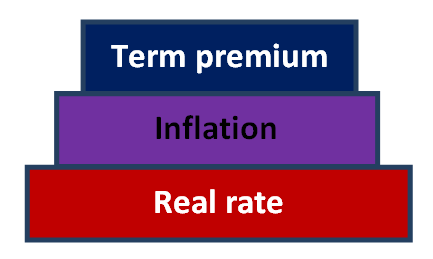 Theory would have us believe that the minimum return investors will accept is a modestly positive ‘real return’, historically between 1.0% and 2.5%. If you add a maturity term premium and inflation expectations to the real rate, the result is the ‘risk free’ rate of interest, which we typically consider the U.S. Treasury yield curve.

The average annual inflation rate from 2006 to 2016 was 1.93%¹, so we could expect the risk free rate of interest over that time period to be approximately 3% to 4.5%. And yet 10-year Treasury yields are currently hovering below 2%, while 30-year yields stand at approximately 2.5%. In fact, 10-year Treasury rates have been falling ever since the ‘taper tantrum’ in mid-2013 as the U.S. economy continues to struggle to sustain momentum after the financial crisis of 2008-2009. 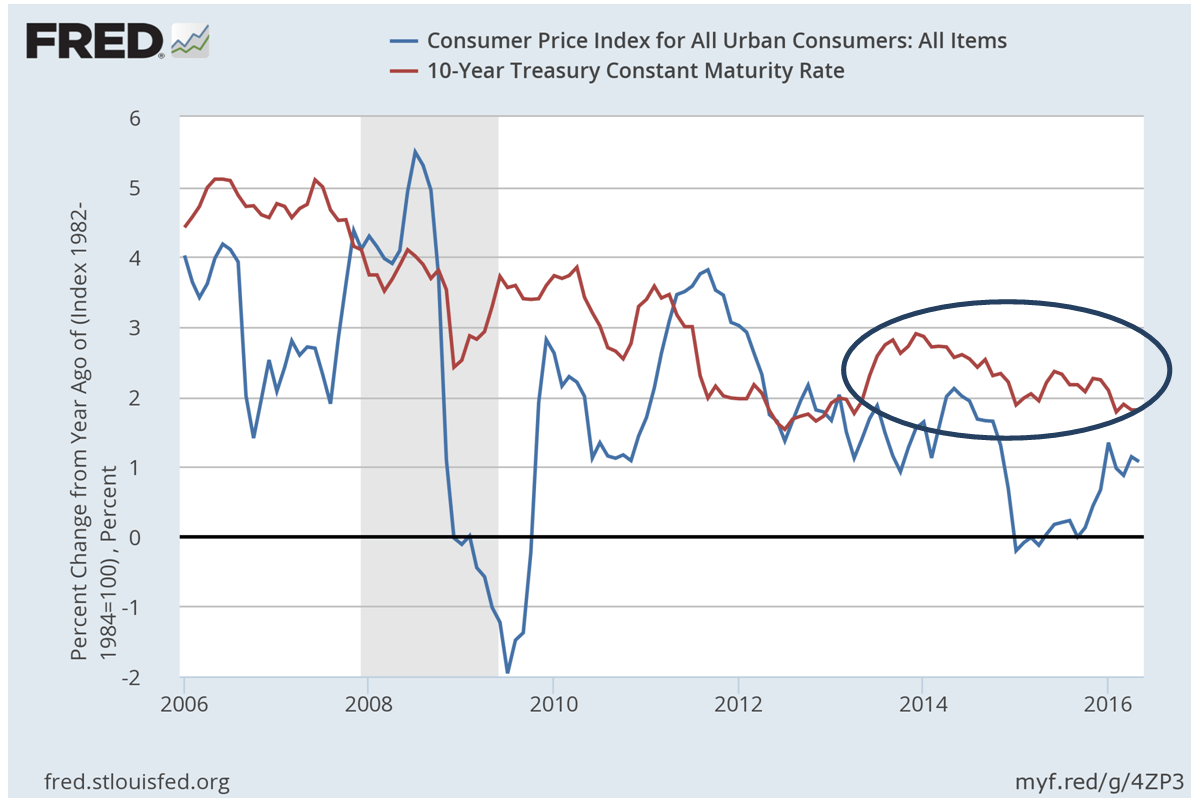 Let’s not forget the aggressive monetary policy actions of the Federal Reserve bank since the financial crisis. The unprecedented amount of monetary stimulus has long been expected to cause inflation, and yet the only result to date has been to keep the U.S. economy from stalling. 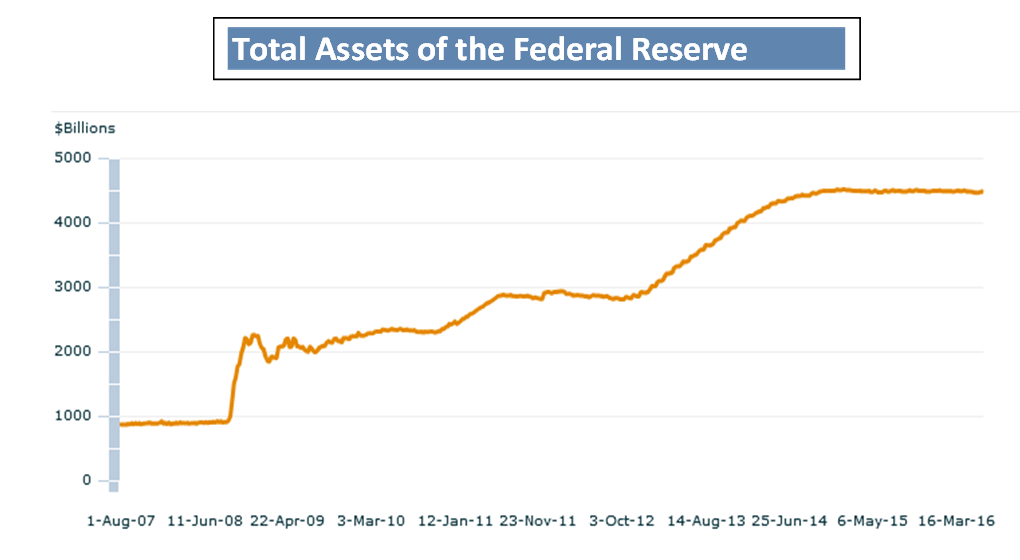 In times past economists observed a fairly reliable relationship between ‘easy money’ and the ‘velocity of money’, or the amount of times a single dollar changes hands. It is the velocity of money that traditionally puts pressure on prices of goods and services.

But as bank lending standards and capital requirements remain strict, consumer debt levels low, and with the ‘shadow banking system’ taking the place of traditional lenders, the velocity of money has been on a steady decline. Consequently, the impact of monetary policy on the economy has diminished.

So if yields on Treasury securities remain stagnant, where else can we look for pressure on interest rates? One answer is the market appetite for risk – what Keynesian economists term ‘animal spirits’. The layers of my ‘interest rate birthday cake’ related to market risk appetites are default risk, liquidity risk, call risk, and others. 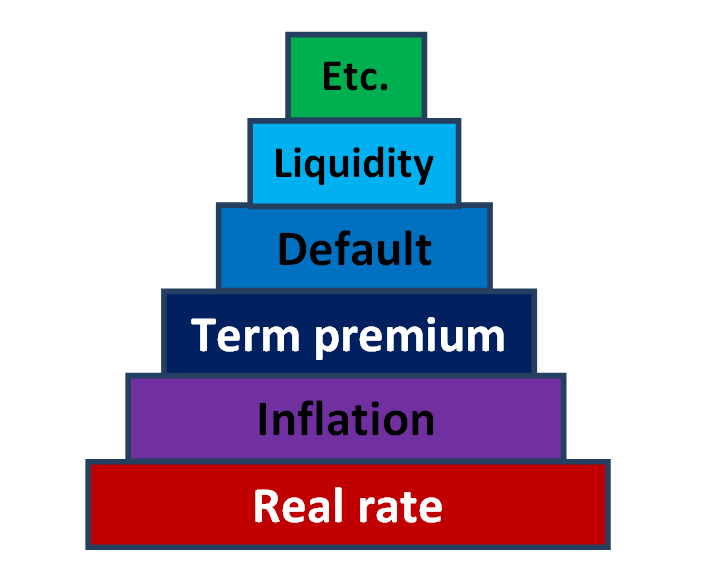 The term ‘animal spirits’ is used to describe human emotions that drive consumer confidence. Rising consumer confidence can increase the general level of economic activity if individuals feel wealthier and purchase more goods and services. If consumer demand grows sufficiently, prices of goods and services will increase, as will the general level of interest rates.

If we look to Treasury yields for the risk-free interest rate, corporate bond yields should reflect a risk-adjusted rate of interest for various levels of default risk. In recent years, investors with an appetite for risk had found opportunities in low-quality corporate bonds, only to be traumatized in late 2015 and early 2016 as the precipitous drop in oil and gas prices put extreme pressure on the profitability of the energy sector of the U.S. economy. Because the credit quality of many smaller oil and gas producers was below investment grade, the high-yield sector of the bond market was particularly hard hit.

Option-adjusted yield spreads for BBB-rated corporate bonds – the additional yield above the yield of a matched-maturity Treasury – averaged approximately 1.75% in 2006-2007, prior to the financial crisis. In 2015-2016, BBB spreads averaged 2.31%. It seems investors are being fairly compensated for default risk at the current level of yields, despite a rather bumpy ride along the way. 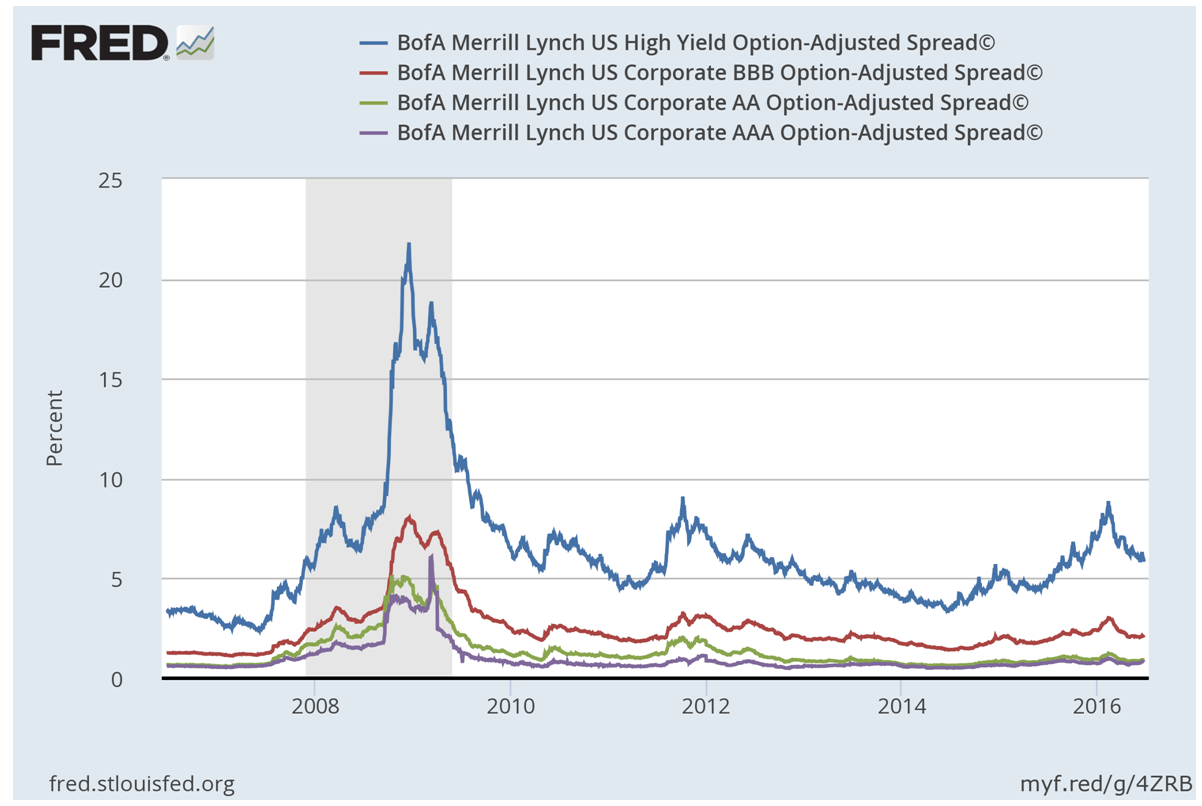 Traditional Drivers of Inflation Are Absent

So with this understanding of the building blocks of interest rates, can we answer the question of why Treasury yields remain stubbornly at levels barely above inflation?

The answer lies in the middle block of the interest rate pyramid: inflation. More precisely, the market’s expectation for future levels of inflation.

Though employment and consumer sentiment in the U.S. have certainly improved since the financial crisis of 2008-2009, the persistent trend of lower employment participation is thought to dampen the impact of the current, nominally low, unemployment rate relative to previous economic cycles. 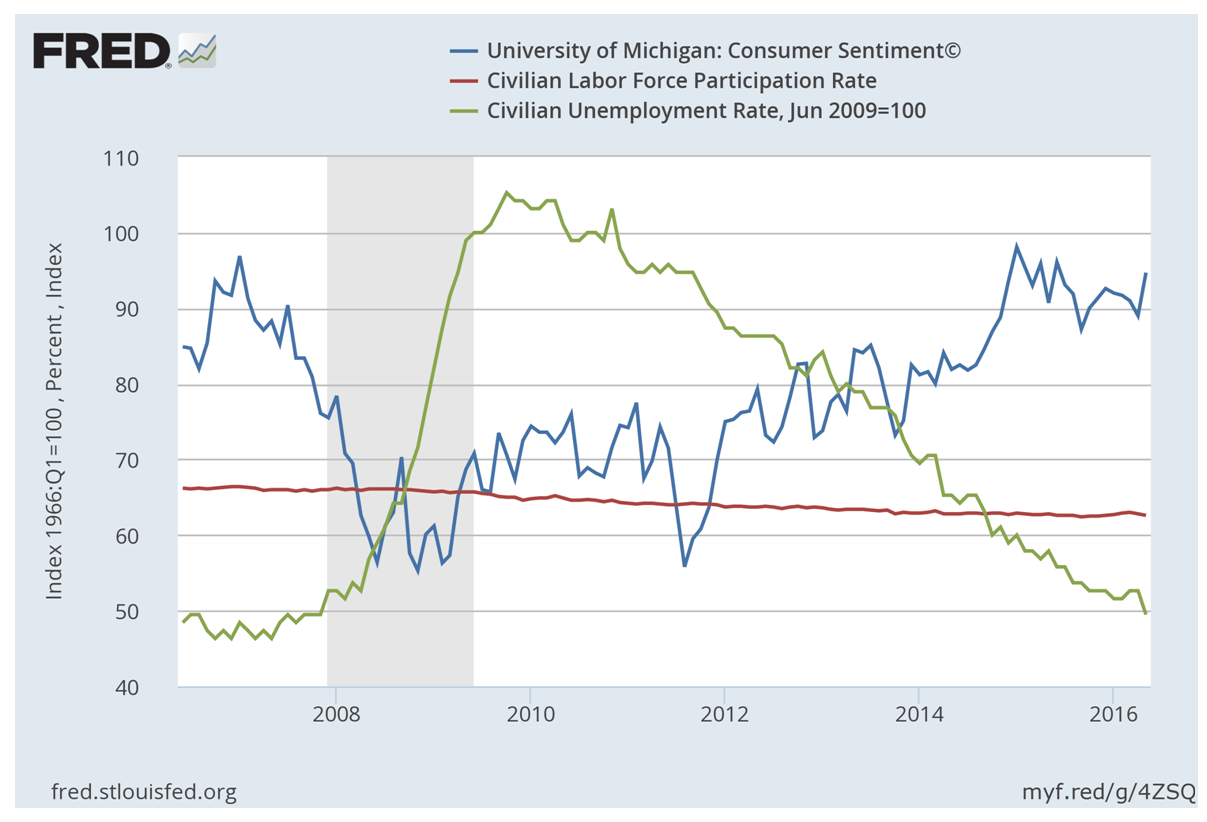 Even though the recent drop in oil and gas prices has stabilized, these essential commodities remain at historically low levels enabling manufacturing, transportation, and leisure travel firms to keep prices low. 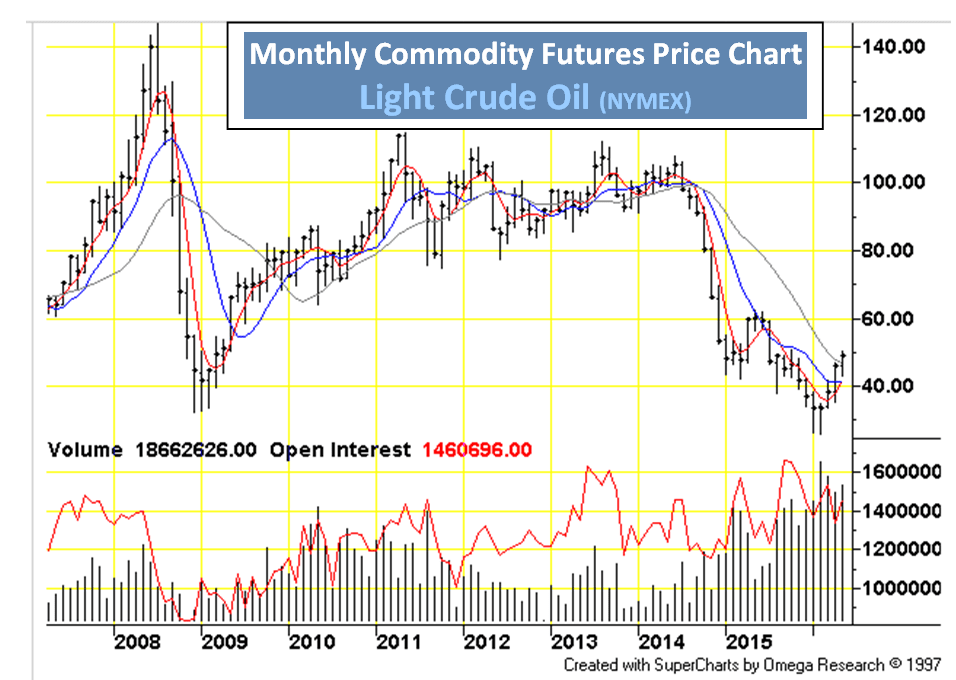 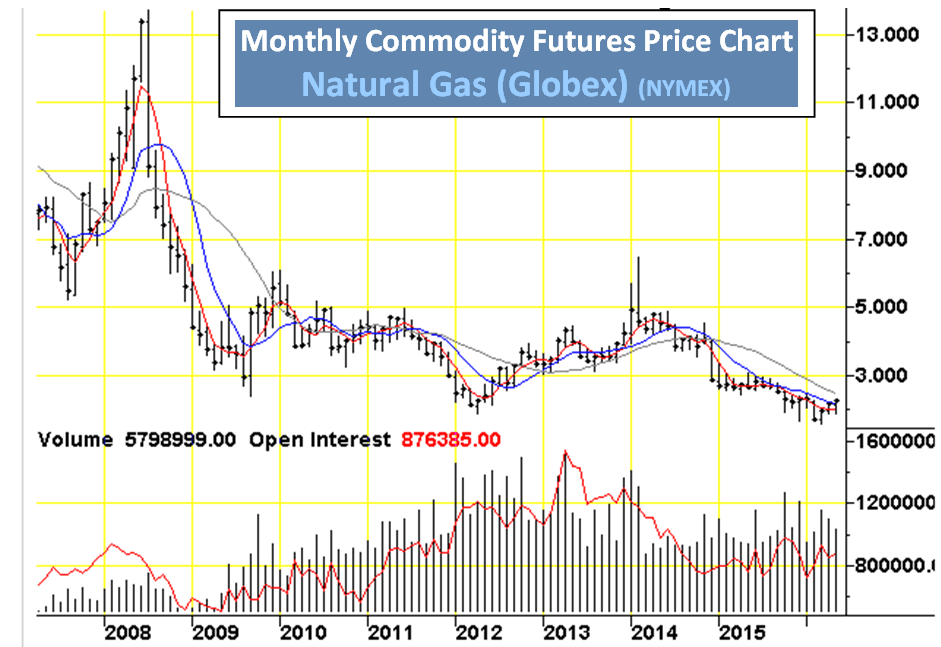 So when are these competing forces going to settle out and the long-awaited inflation pressures manifest themselves? Not any time soon, if the forward inflation rate expectations published by the Federal Reserve Bank of St. Louis are any guide. 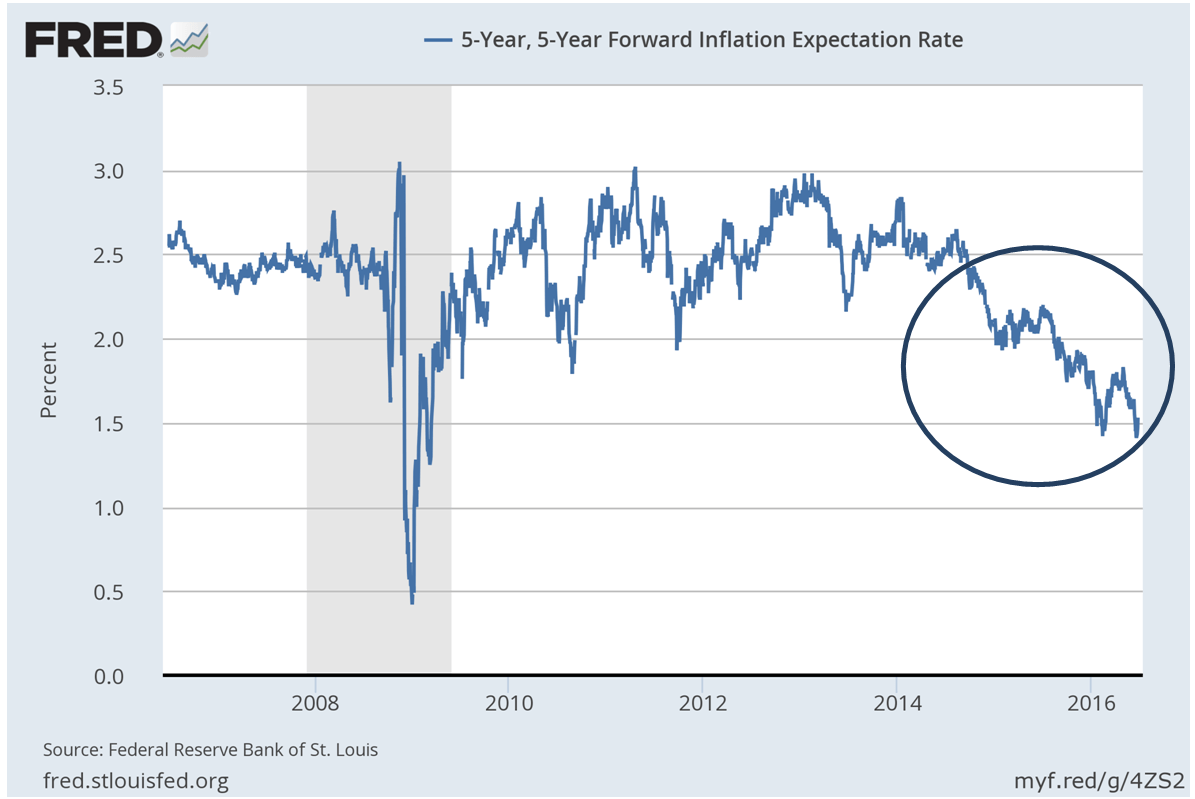 If inflation pressures are indeed muted on both the supply and demand fronts, and risk appetites are being satisfied with the current level of yield spreads, it is difficult to see where inflation pressures, and therefore interest rate increases, are likely to arise in the near term.

And yet investors cannot endure miniscule real yields indefinitely. Surely there must be something else keeping interest rates low?

Given the economic uncertainty caused by the British referendum to leave the European Union, and the dearth of alternative ‘safe haven’ investments, we should expect demand for U.S. securities to remain strong over the near term. Continuing demand for U.S. Treasuries, even at historically low yields, coupled with muted economic activity dampening inflation pressures, means U.S. interest rates can remain low for the foreseeable future.

But as long as the U.S. is ‘the only game in town’, prudent investors can legitimately maintain the maturities of their portfolios near- to above the standard market index to capture a positive inflation and term premium while awaiting calmer global markets sometime in the intermediate future.

Marcia Clark is an Investment Advisor Representative of Warren Street Wealth Advisors, a Registered Investment Advisor. The information posted here represents her opinions and is not meant as personal or actionable advice to any individual, corporation, or other entity. Any investments discussed carry unique risks and should be carefully considered and reviewed by you and your financial professional.  Nothing in this commentary is a solicitation to buy, or sell, any securities, or an attempt to furnish personal investment advice. We may hold securities referenced in the blog and due to the static nature of content, those securities held may change over time and trades may be contrary to outdated posts.

Twitch Partner? Do this…
Scroll to top