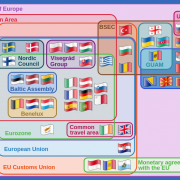 Last week we watched our version of “The City” lose in Game 7 of the NBA Finals, after blowing a 3-1 lead in the series. This week we watch as London, aka, “The City” and the U.K. at large enter their own final referendum homestand on whether to leave or remain in the European Union. Whether the U.K. stays or leaves, most of this outcome will be short term noise, and will deliver little long term impact in our opinion. Similar to how Cleveland winning a championship has their town in hysterics right now, it still won’t change the fact that their rivers light on fire.

As the clock ticks down, most polls show a healthy balance of IN or OUT voting leading to a proverbial coin flip for the U.K referendum. Consult the odds makers or gambling experts and you’ll get a slightly more confident story for the U.K to remain in the European Union. Let’s see where the money is: 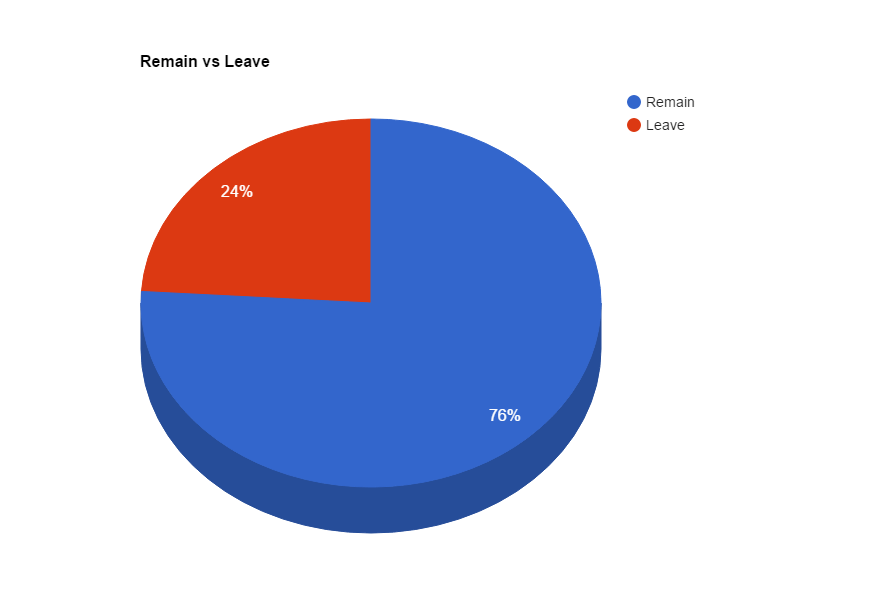 If the masses turn out to be asses in betting, which would not be a first, what ultimate impact would a “Brexit” have on the EU or U.K. as a whole? Your guess is as good as mine at this point. A successful “Brexit” vote would start a minimum two year process described in Article 50 of the Lisbon Treaty in which E.U. treaties would still apply as negotiations were carried out to determine how the exit is ultimately handled. Big takeaway here is we’re not dealing with a binary event where a switch is flipped and suddenly everything we know about the E.U. changes overnight.

One of the larger talking points we hear discussed is how the U.K. will lose the majority of existing trading agreements and will be on an economic island. This is simply just not true. Sure the U.K. will need to go back to the negotiation table but they’ll have ample opportunity to continue relationships with the common market via the European Economic Area, European Free Trade Area, and even other more regional trade groups. Here’s an example of how many tangled webs one can weave:

One could argue, and it is our personal sentiment, that much of the market is already pricing in a “Brexit” discount. It appears that the consensus view is that the U.K. would bear the brunt of the near term pain from an exit. This risk premium can be viewed in the form of currency volatility of the British Pound relative to the Euro as of late, shrinking British equity premiums relative to Eurozone stocks, and last but not least higher relative interest rates that lead to increased debt servicing costs. The U.K. and Germany for example have similar public debt loads, but it costs the U.K. approximately an extra $33 billion a year to service its public debt load. 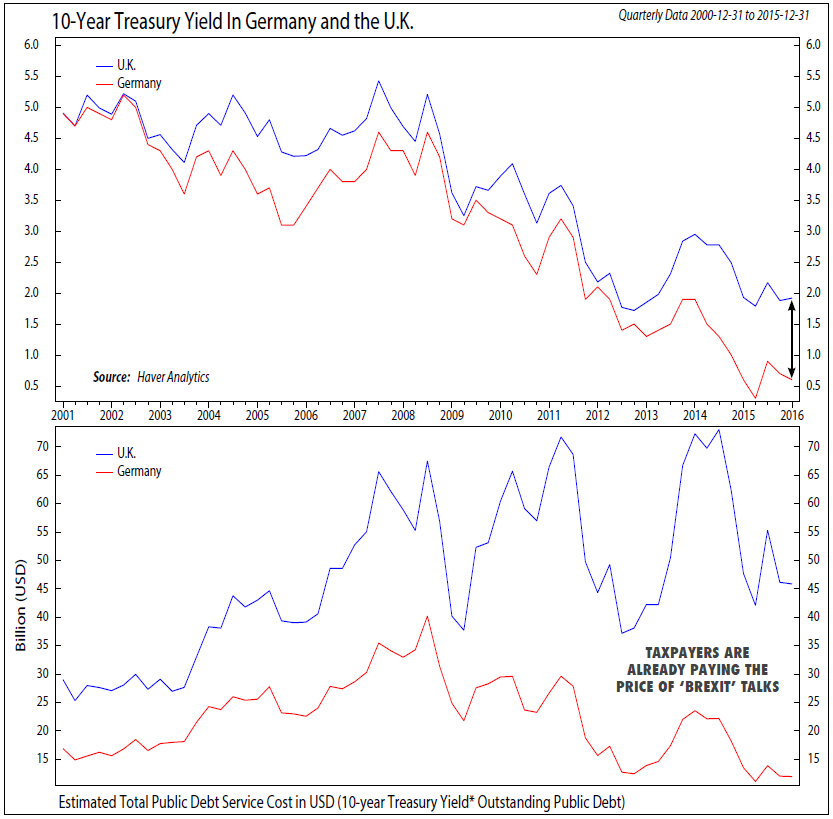 Having seen that a “Brexit” discount may already be priced, whether it passes or not, we remain committed to our international holdings and will likely take any near term dip as an opportunity to buy into weakness. Ideally, a remain vote instills confidence in some of the countries on the E.U. periphery that are struggling with structural reform and the European Union as a whole can get back to trend level growth. Something we’ve been patiently waiting for now for years.

All in all, a small part of me will be sad to see the “Brexit” vote come and go, it was a welcome distraction from the impending circus of an election the United States is about to endure. On that note, my counsel remains the same, turn off the TV talking heads, spend time with those you love, grow your value in the workplace, and be a strong steward of your wealth. That’s what we’ll be doing.

Why Aren’t Interest Rates Going Up?
Scroll to top